What I Learnt About Photography in 2015

I thought for my first post of 2016 I would share some of the things I had learnt from my photography during 2015.

January – Photograph what you know

It’s very easy to get seduced by all those photographers that travel to far away places and capture amazing images of exotic locations and think you can only compete if you also spend a fortune trying to do the same. The fact of the matter is that there are a host of photographic images right on your door step if you just look out for them. It’s all about seeking out things (people, places, buildings) that familiarisation with a place can often mean you miss. As Vivienne Gucwa has shown you can create a great body of work by just photographing where you live if you stick at it and always have a camera with you. This is an image taken last January on one of my trips into my home city of Birmingham, UK.

February – Workshops can only take you so far

It’s very tempting, especially in the bleak months of January and February, to not bother going out with your camera doing some ‘real’ photography but to think about attending a workshop or two in a nice cosy studio or conference centre.

Whilst learning the basics from the experts is obviously good (and very much needed) you also need to do. As others have said the mantra here should be Learn – Do – Repeat. or better still Learn – Do – Reflect – Repeat.

This image was taken from a workshop I attended early in 2015. It’s an okay image and allowed me to play around with some lighting I had not tried before. However it’s someone else’s lighting setup and studio so things were not entirely in my control. It’s only when you go out and do things for yourself and reflect on what went well and what didn’t that you really learn.

March – It’s a bit of a mess photography

March saw the return of The Photography Show to the National Exhibition Centre near Birmingham. Highlight of the show for me was the talk given my Don McCullin who at the age of 80 is still going strong and up to a couple of years earlier was still visiting war torn parts of the world. When asked a question by one of the audience about the state of photography today, especially with the use of digital techniques and photo-manipulation McCullin came out with this classic quote:

“It’s a bit of a mess photography but it’s a great mess to be in”.

The “mess” McCullin refers to is something that clearly weighs on his mind in his later years as this interview in the The Guardian highlights.

Don McCullin at The Photography Show

April – Your studio is everywhere

In April I worked with a makeup artist on some looks she wanted to create for her diploma. Lacking a studio or anywhere to shoot I was fortunate enough to borrow a disused house which was empty and had a huge garden. The lounge was large enough to act as a makeshift studio and the garden enabled us to get some nice outdoor shots whilst being uninterrupted by passers by.

This was a day long shoot and bloody hard work but I learnt loads and it was hugely worth it for me.

May – Learn by looking and reading

I know a lot of people hate the use of quotes in blog posts and presentations. I love ’em! Of course they need to be used in the right context and the viewer needs to be able to take something away from them that add to their knowledge.

I like reading quotes from photographers, especially when their images reflect their words and you can use what you see and read to help your own images. These were some quotes from well known photographers that have helped me with some of my own images in 2015.

“Only photograph what you love.” – Tim Walker/Image by Peter Cripps

June – Gear isn’t everything, but…

I know we photographers are meant to be obsessed with our gear, often at the expense of taking photographs and I have surely been guilty of investing in a bit too much equipment in my time. Happily most of what I don’t really need has been dispensed with via eBay but one item I never seem to be able to get quite right, and probably obsess over a bit too much, is the humble camera bag.

I justify this slight obsession by the fact that it’s actually pretty important to:

Having finally arrived at two solutions (this and this) I really plan to just use rather than keep looking for the ultimate bag this year. Maybe?

July – Push yourself into new areas

Moving out of your comfort zone is a good way to not only learn new stuff (even if you make some mistakes on the way) but also to get the creative juices flowing. I’d always thought what a great backdrop some of the street art around Birmingham would make for a fashion shoot so finally plucked up the courage to find a model who was of the same view and get out and take some images of that area of the city.

August – Creativity at a low ebb, do a project

What to do when creativity is at a low ebb and all that gear you own is sitting there doing not a lot? First of all you could see what the amazing Ms Twyla Tharp could teach you about creativity but also think about some projects that will allow you to focus your attention on something for a short period. One of the things I did during 2015 was to adopt my home city of Birmingham as a photography project and spend as much time as I could photographing its different aspects, something I hope to do a whole lot more of during 2016 especially leading up to the Capture Birmingham events over the weekend of March 19th/20th which I hope to be involved in directly with this show.

There were some brilliant events in Birmingham during 2015 including the amazing Big Hoot during August and September which provided a great source of photography. 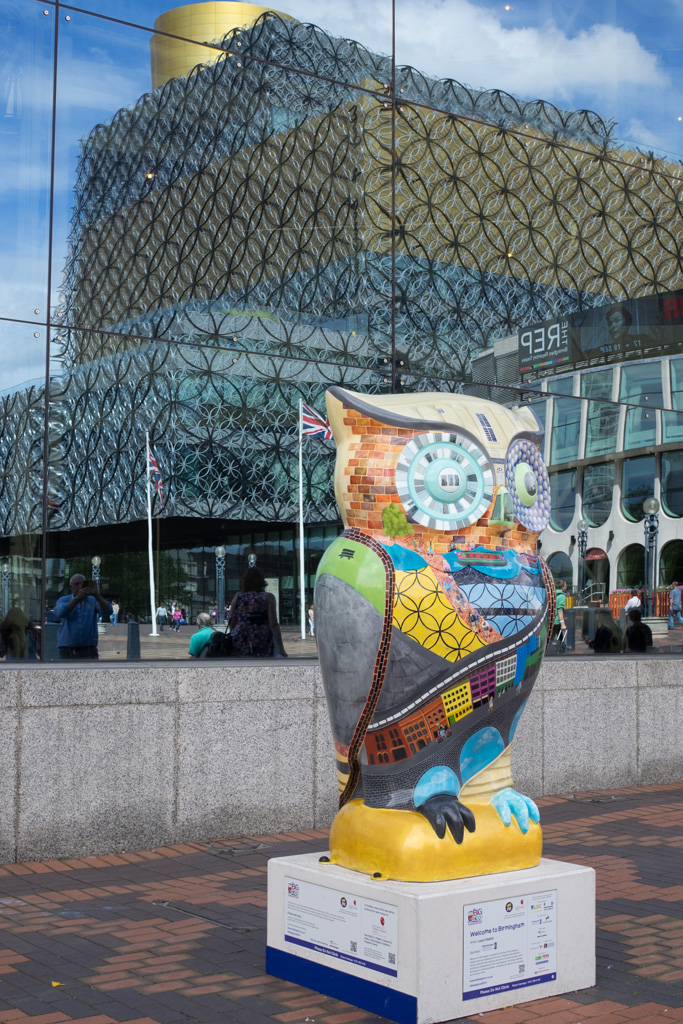 September – On being a portrait photographer

I love this quote from Helmut Newton which kind of sums up the key skills needed by a portrait photographer.

“My job as a portrait photographer is to seduce, amuse and entertain.”

I am assuming the use of the word ‘seduced’ here is more in the win over and attract sense than any other by the way. In other words being a good photographer of people is all about engaging with your subject and not your camera.

As mentioned previously we photographers love our gear but more often than not less really is more when it comes to producing good images. This year I’ve played around a lot with off camera flash and whenever I do a portrait shoot try and bring the minimum amount of kit along. 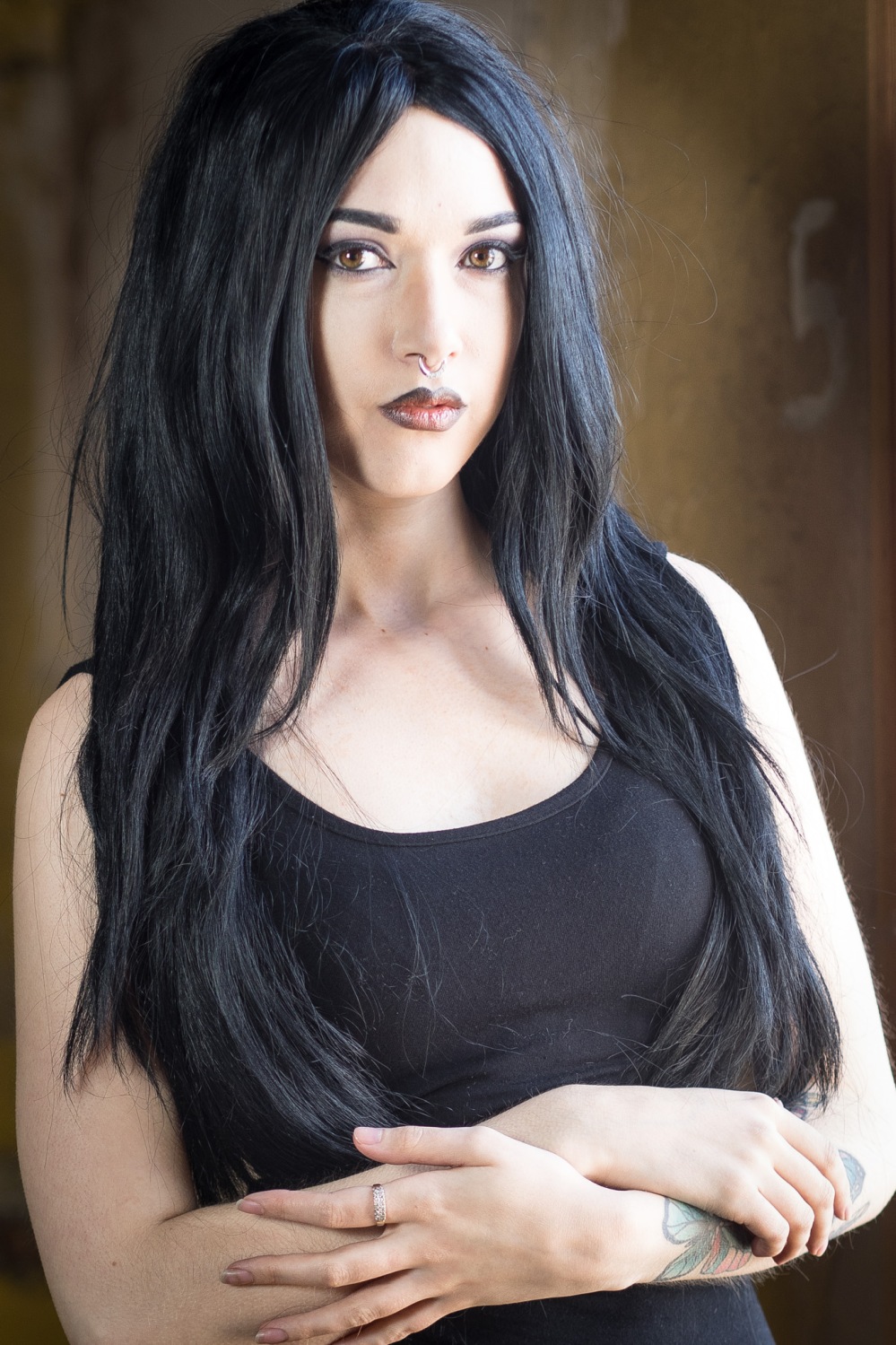 When visiting places which have the sort of iconic views that have been photographed to death over the years it’s often difficult to come up with something new. A trip to San Francisco and Yosemite in November of 2015 set me thinking about photographic cliches and how to avoid them and create this image of the Golden Gate Bridge.

December – The importance of style

So that’s it for another year. I think (hope) I’ve learnt a lot about photography but have a heap of new things I want to try and learn in 2016. One of the things that has been bugging me for a while, and I know will continue to moving forward, is the whole thing about photographic style and how important it is (if at all). A style is something I’m going to try and work on in 2016 so let’s see what a post like this looks like in December of next year. Happy New Year.