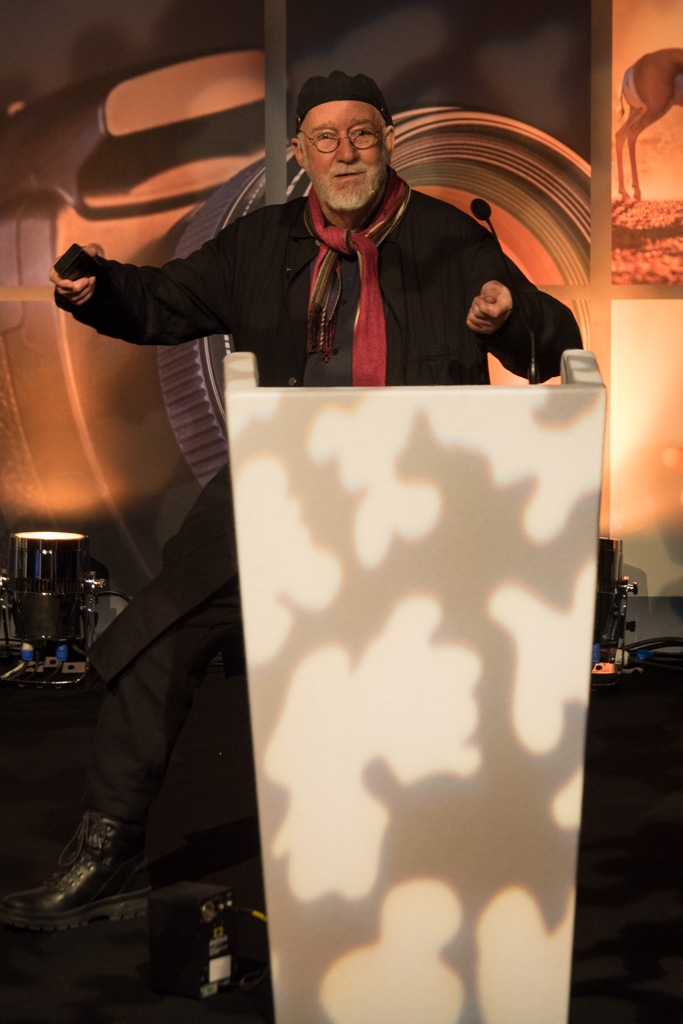 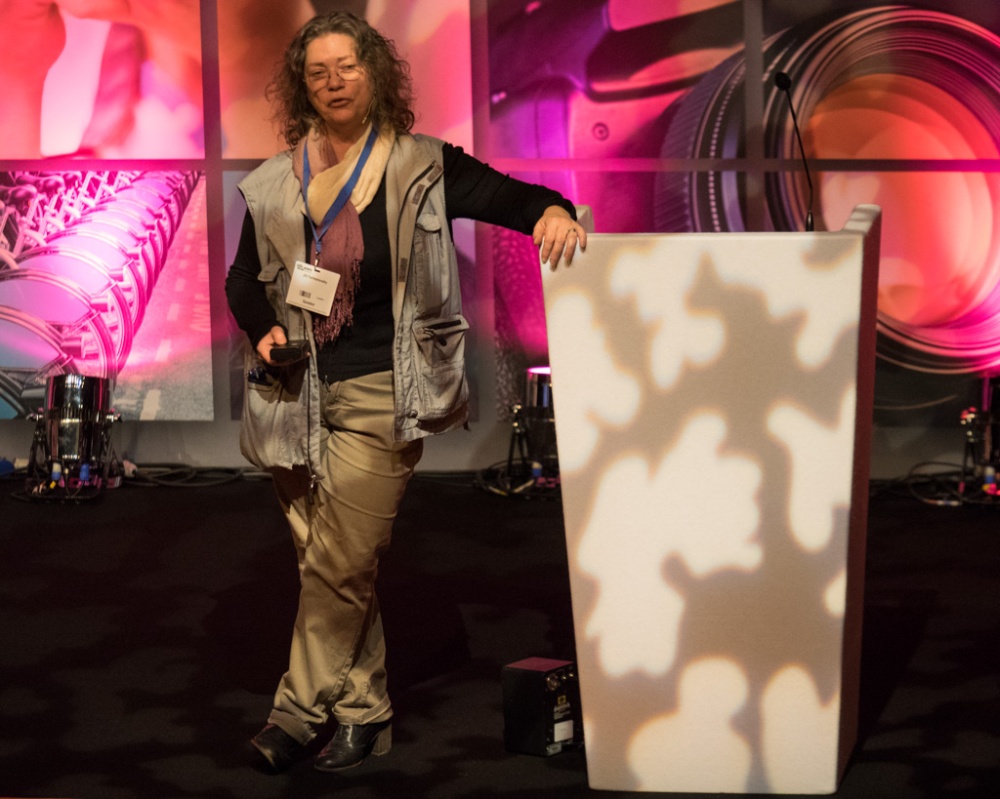 For this weeks Friday Foto I’ve chosen a couple of images from this years Photography Show which was at the NEC near Birmingham from 19-21 March. They are of the photographers Albert Watson and Jill Furmanovsky whose talks I heard on the Super Stage on Sunday.

Watson is one of the most versatile and prolific photographers there is. He refuses to be pigeon holed into shooting any particular genre but instead shoots everything from portraits and beauty through landscapes, reportage and still life. He has many iconic images including Alfred Hitchcock holding a dead turkey and the portrait of Steve Jobs which was used on the cover of his biography by Walter Isaacson.

Jill Furmanovsky has had a no less successful career but rather than spreading her talents across many different photographic styles has focussed on one genre alone, rock photography. She has photographed very one from The Beatles through to Oasis in her 40+ years in the industry and still continues to do so today.

The great thing about attending talks by professional photographers who are at the top of their game is to understand how they keep their mojo after so many years in the business. The one thing that always comes across is their complete and utter passion for what they do. As Albert Watson said at one point in his talk: “You have to become obsessed and you become obsessed because you love it.”