The Knife Angel in Birmingham 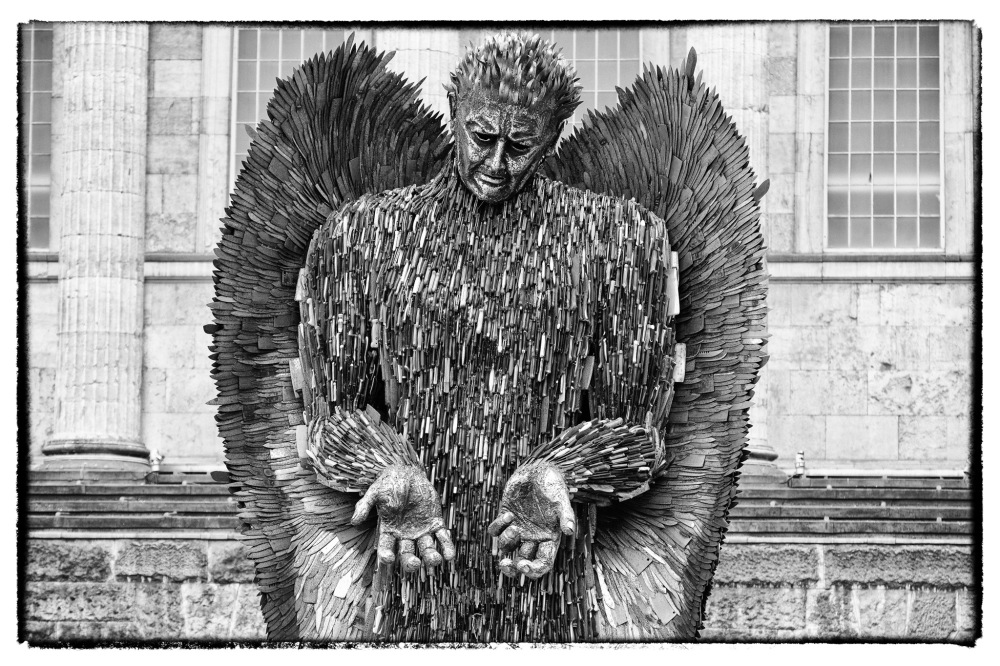 Today (Monday 17th June 2019) we wake up to the news that there have been four more stabbings in London and that in Liverpool teenagers as young as 13 are paid money to stab other youths. Meanwhile, as Brexit rumbles on, our Conservative politicians immerse themselves in campaigns, that are doing no more than satisfying their own egos, to become the parties next leader and tell us how wonderful life will be once we leave the EU rather than addressing the underlying causes that are creating this epidemic resulting in young men (and it is mainly men) being massacred on the streets of our major cities.

Inevitably the US Commander-in-Chief (God help us all) steps in by backing the right wing commentator Katie Hopkins as part of his latest broadside against Sadiq Khan, London’s mayor, whom he accused of being “a disaster” for the capital who would “only get worse!”

What a sad and inglorious state the UK has sunk into. It’s no wonder that a survey in the Observer finds that the country is a more polarised and pessimistic nation than it has been for decades and that Britain is “torn apart by social class, geography and Brexit”.

Which brings me to the (real) reason for this post. The Knife Angel, a “national monument against violence and aggression” built by the artist Alfie Bradley is a giant 27 foot sculpture made out of 100,000 surrendered knives from all 43 UK police forces. The hope is that this sculpture will help bring about the introduction of new knife amnesties with the British Ironwork Centre offering to supply each police force with knife banks completely free of charge. The construction took 4 years and since being built has been on a tour of UK cities.

I managed to visit the Knife Angel on two occasions whilst it was in Birmingham to capture these images. The subject seemed to lend itself to a more sombre black and white rendition with some closeups that attempt to show the intricacy of the craftsmanship that had to take place to create the sculpture. 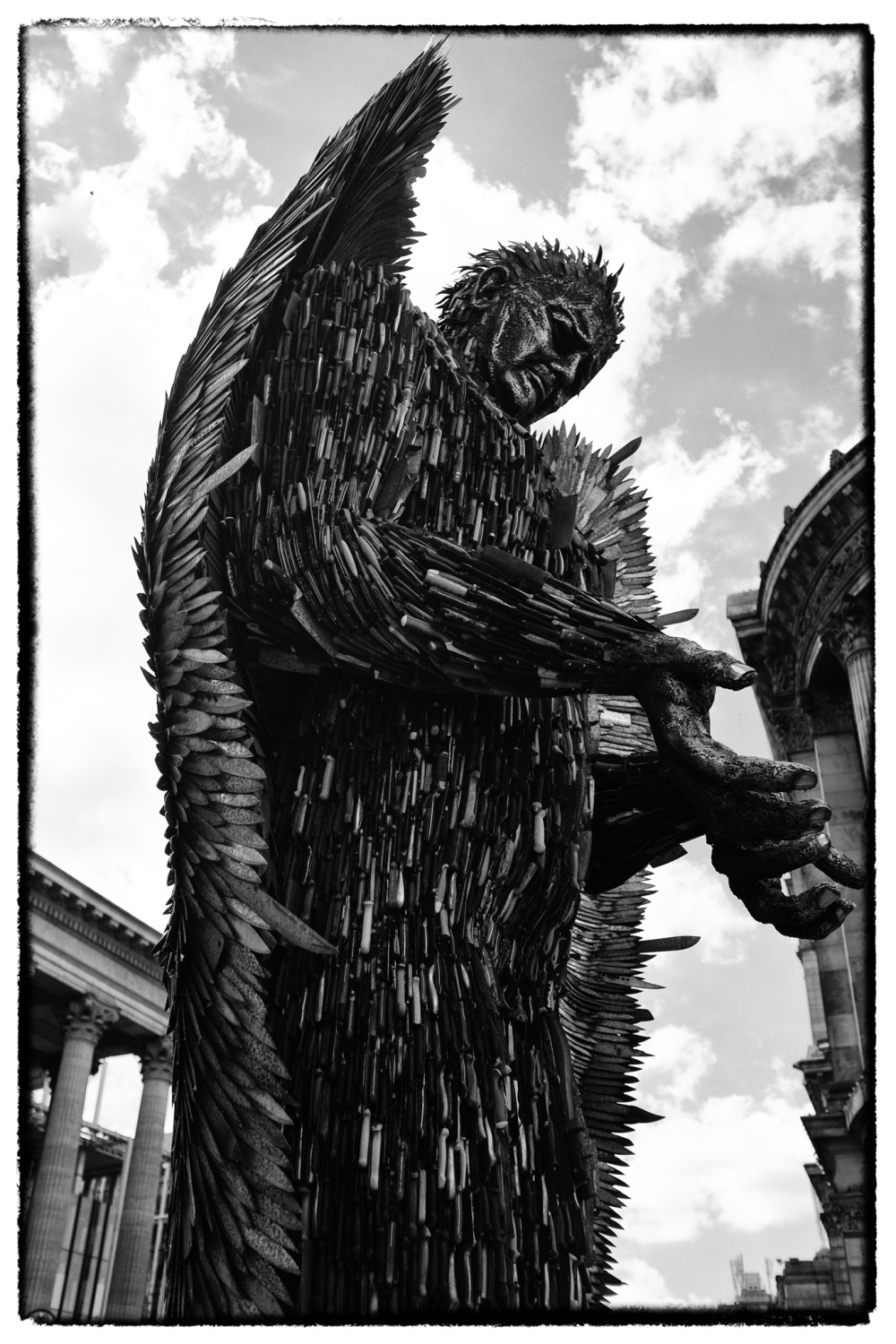 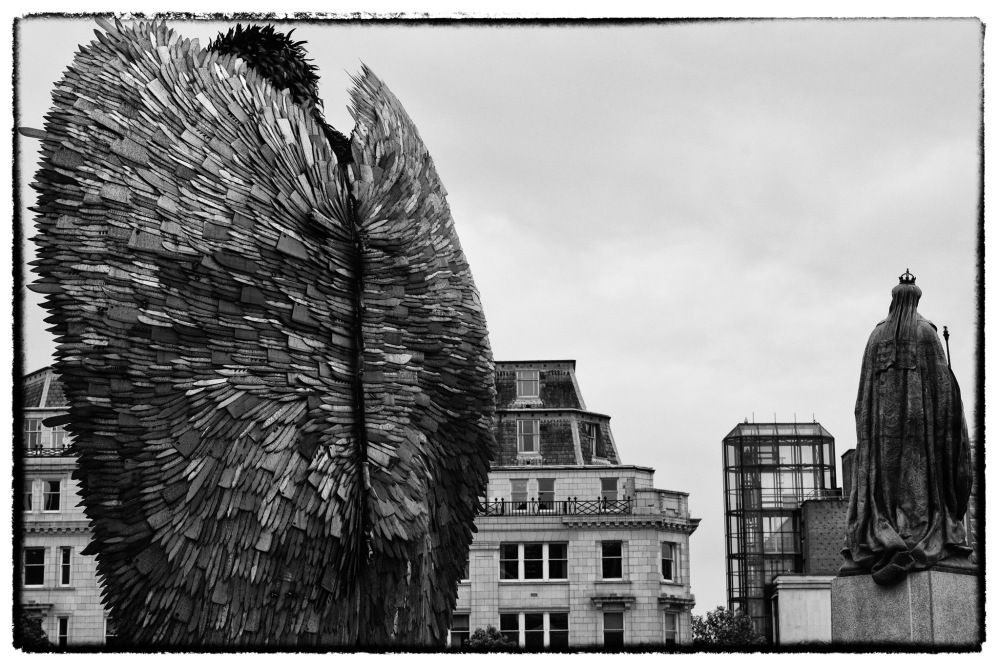 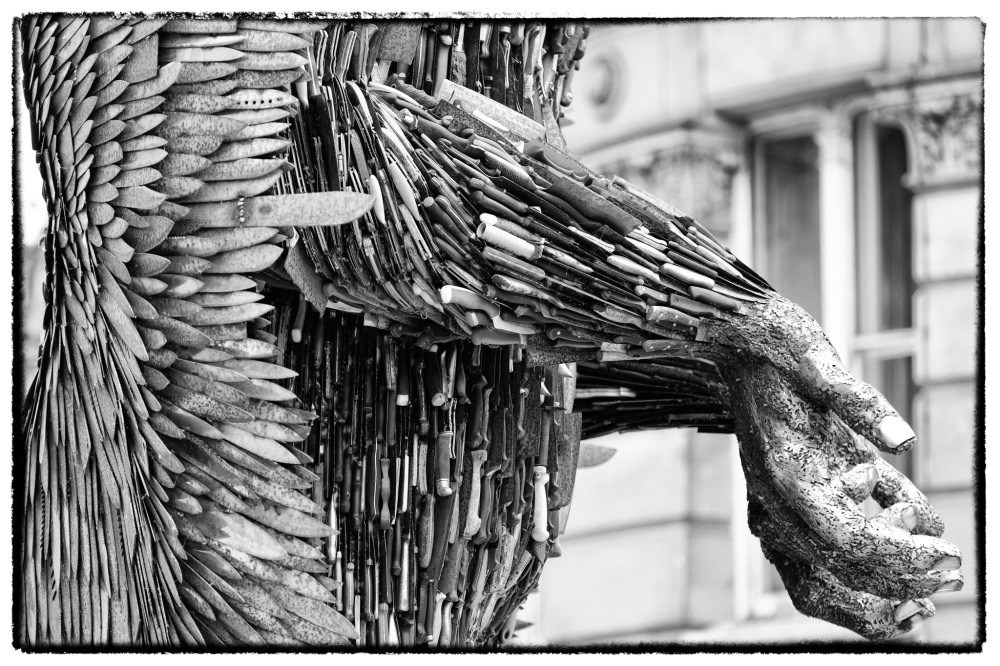 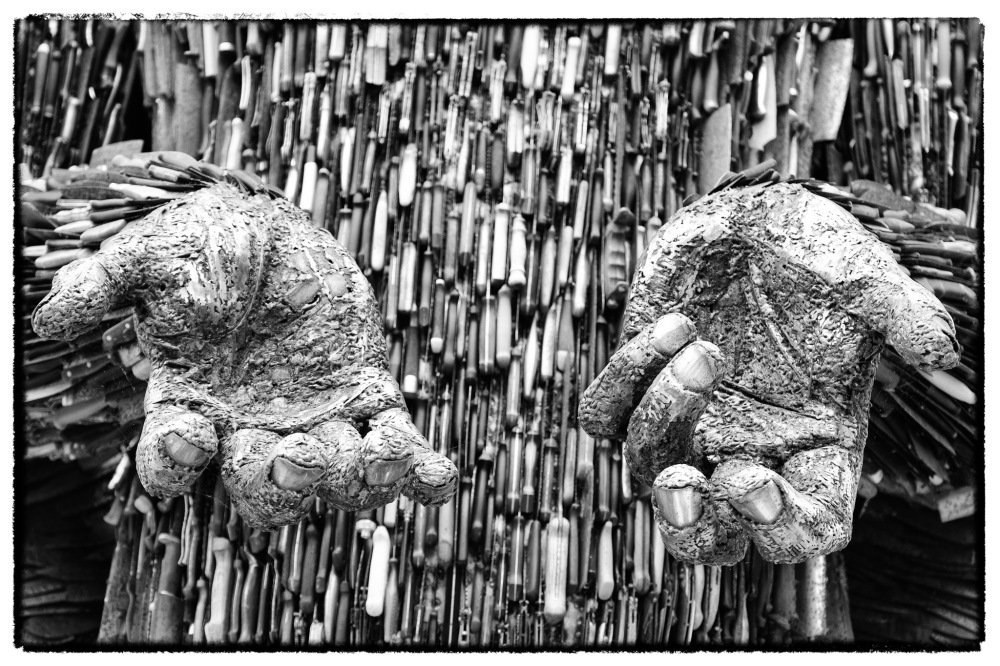 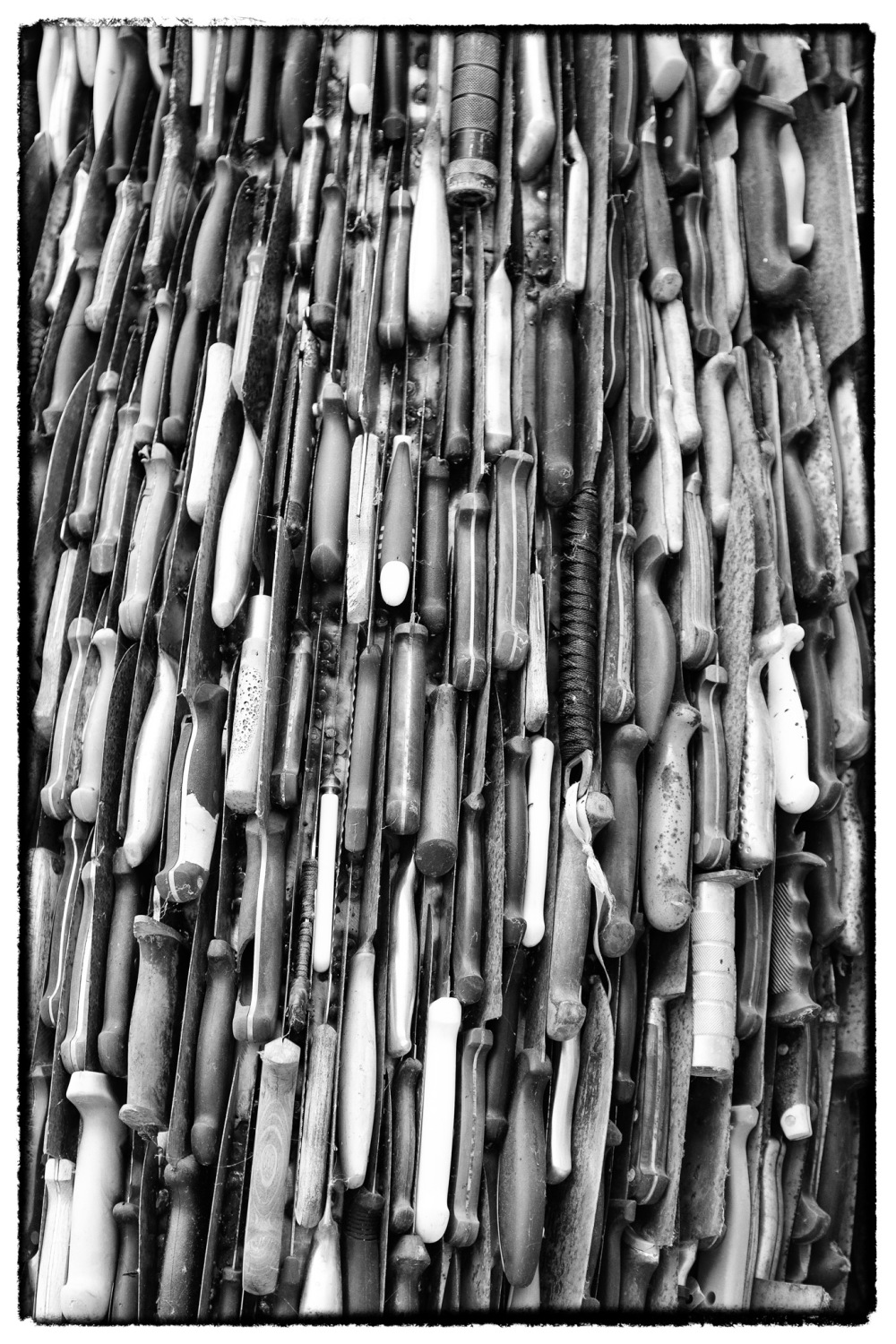 The Knife Angel has now moved on from Birmingham but you can find out its tour dates here.

One Reply to “The Knife Angel in Birmingham”